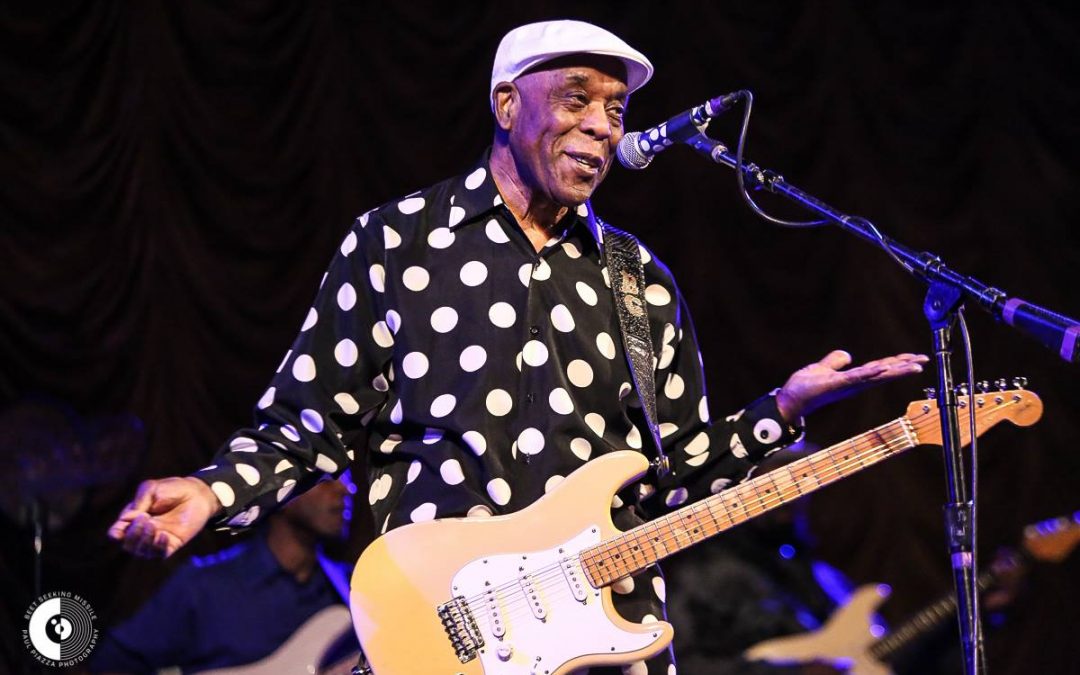 What a great night of Blues in Sacramento with Buddy Guy and Kingfish, what a show to be remembered at The Crest Theatre last night (04/14/19). 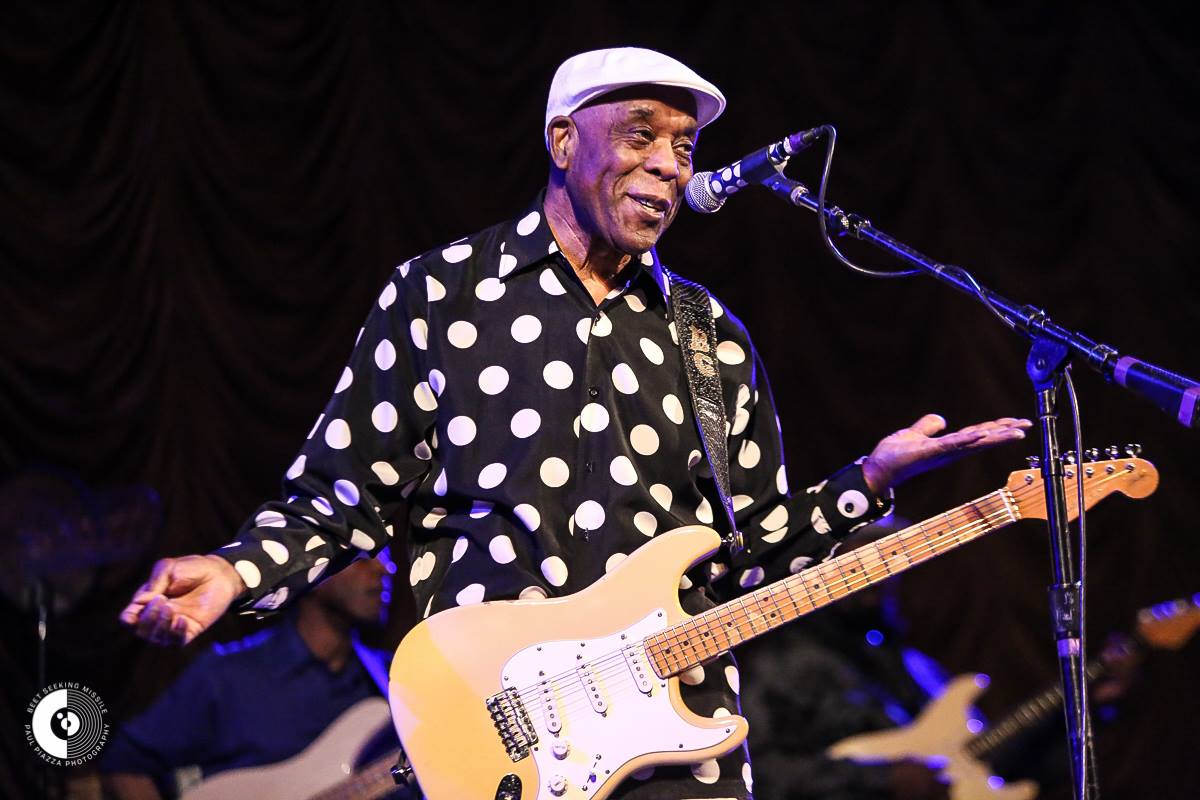 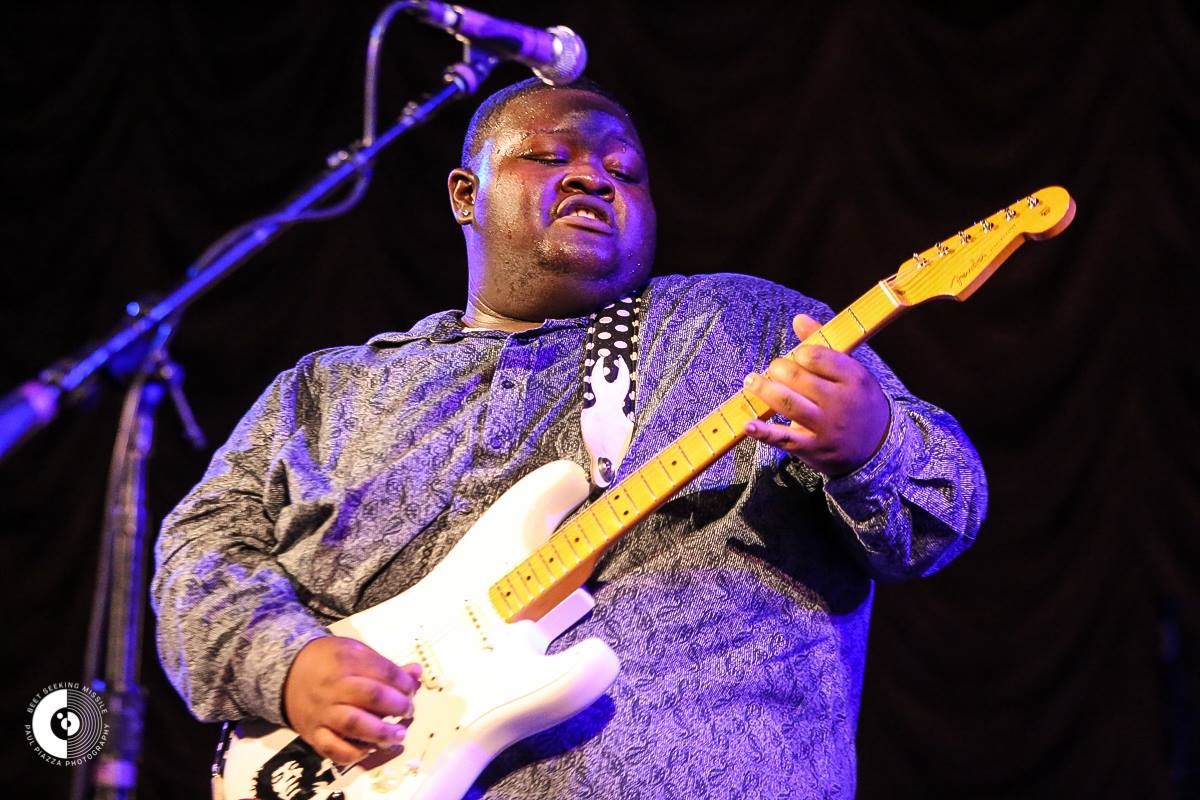 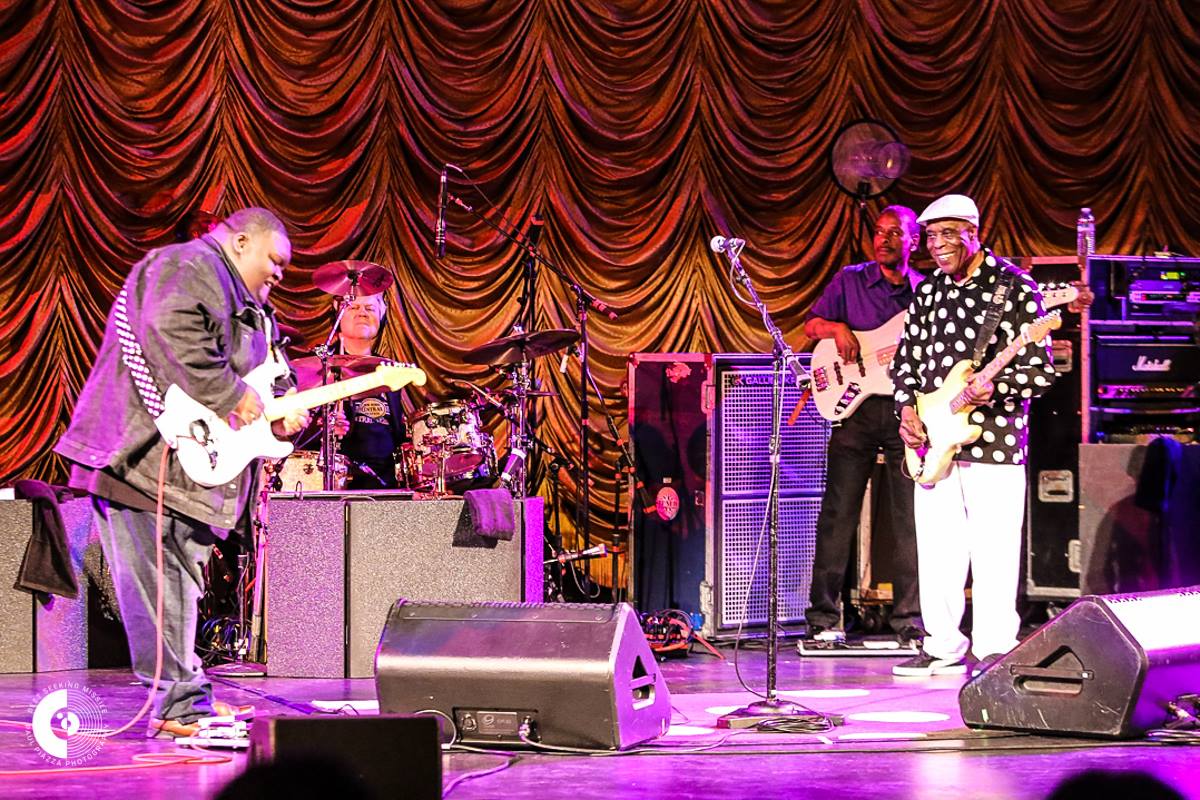 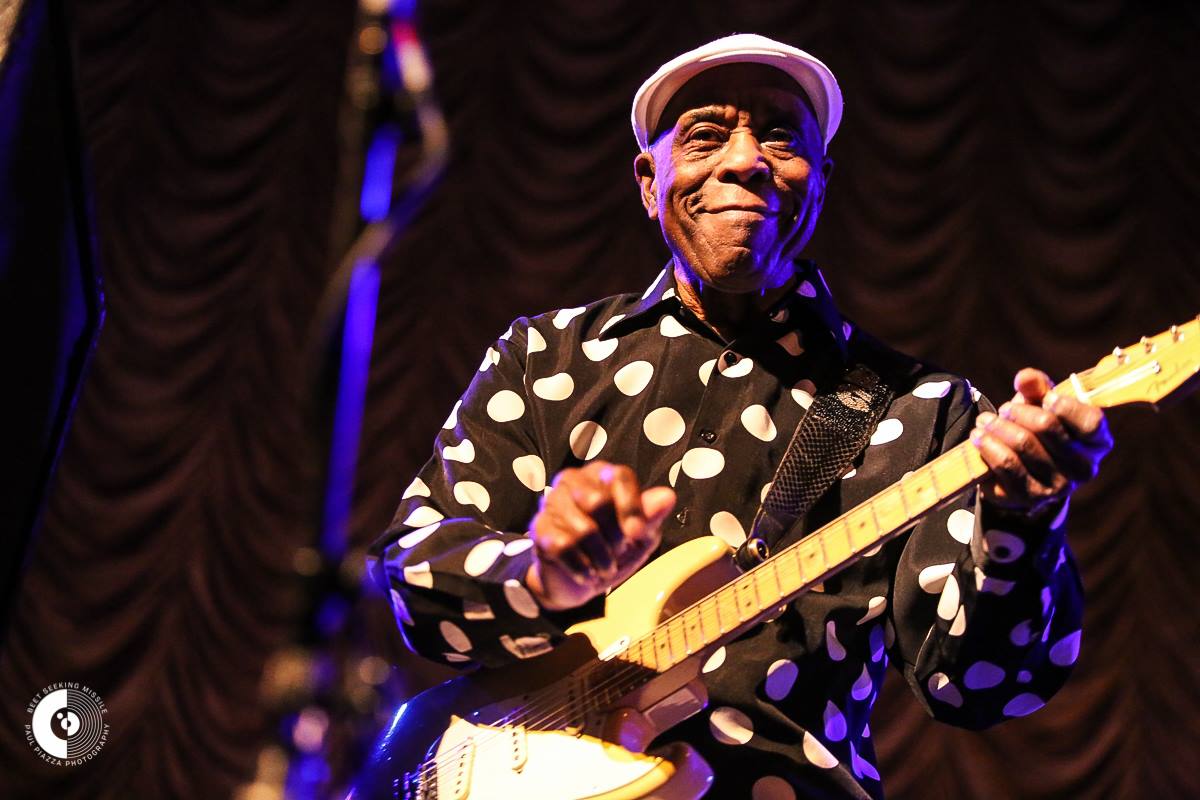 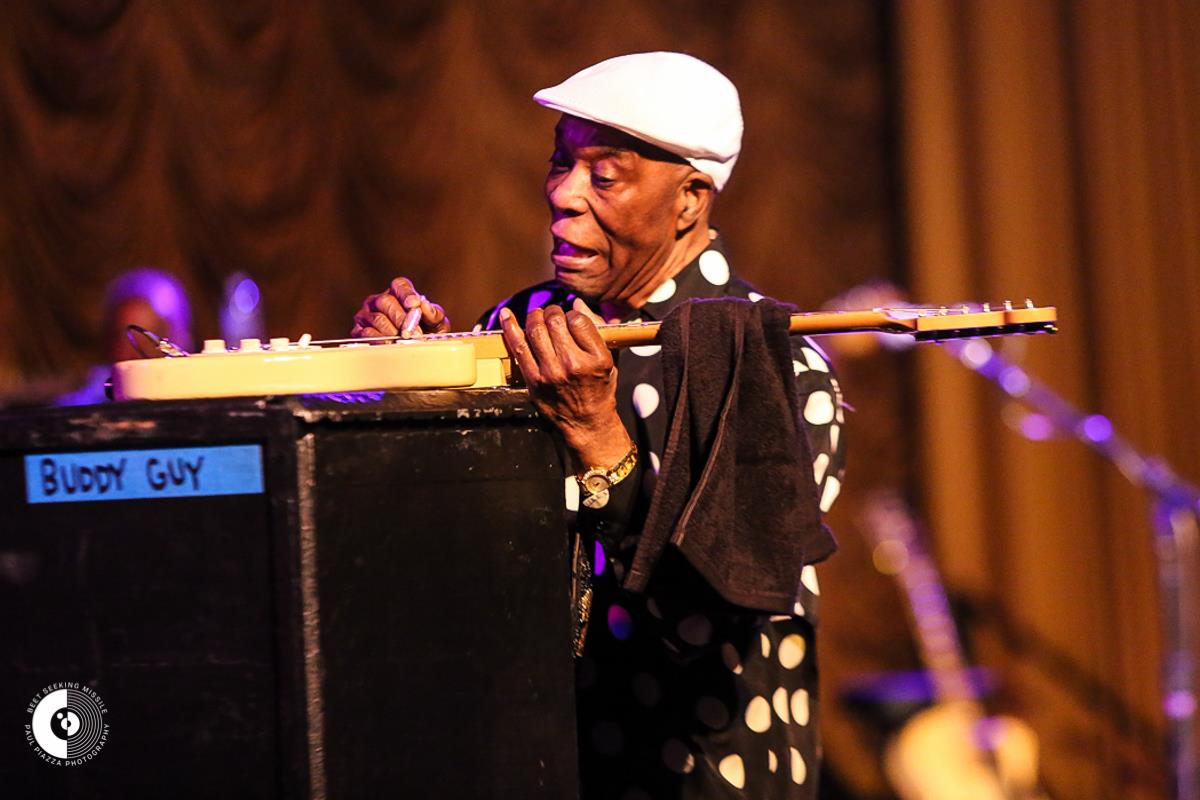 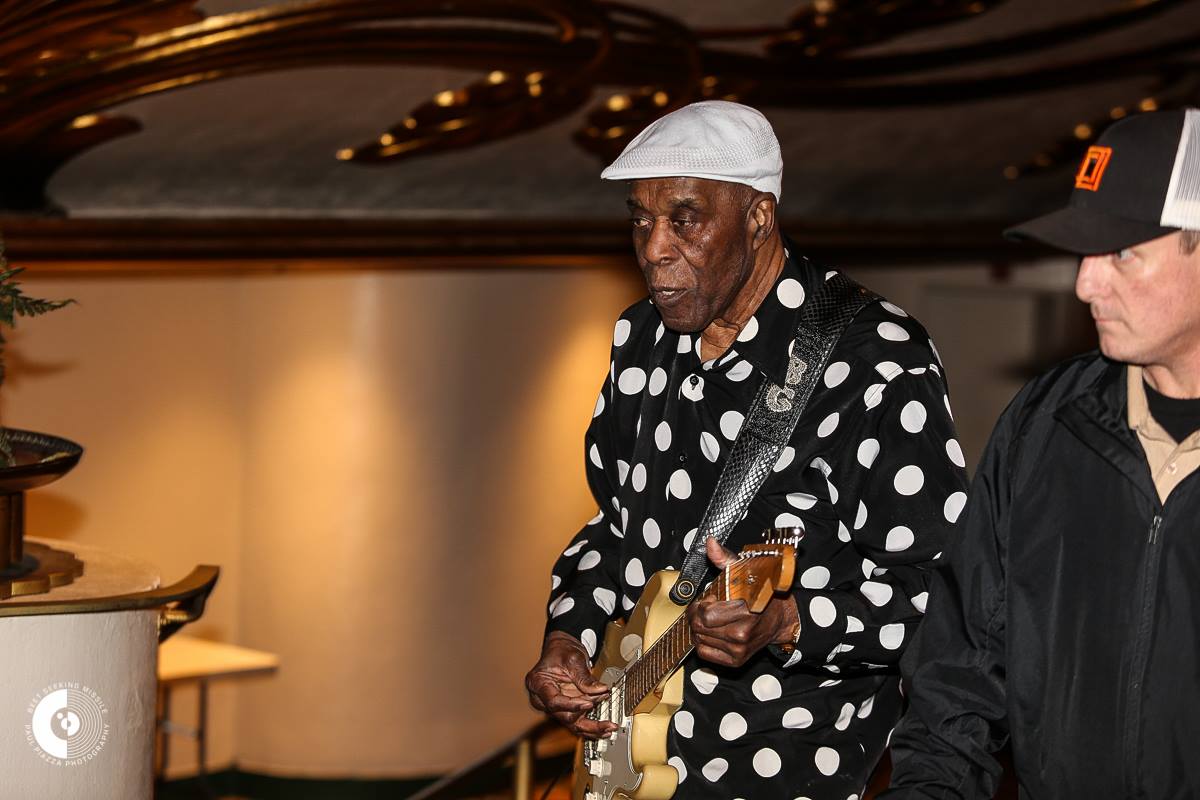 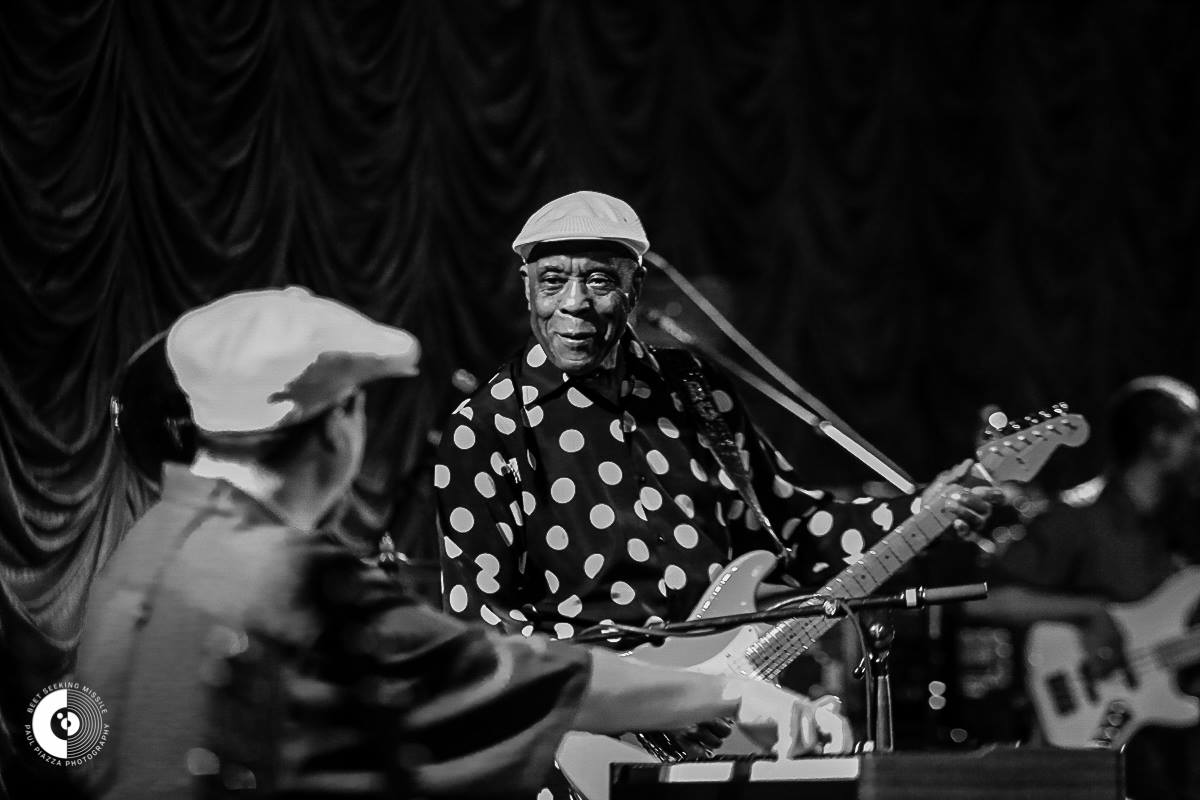 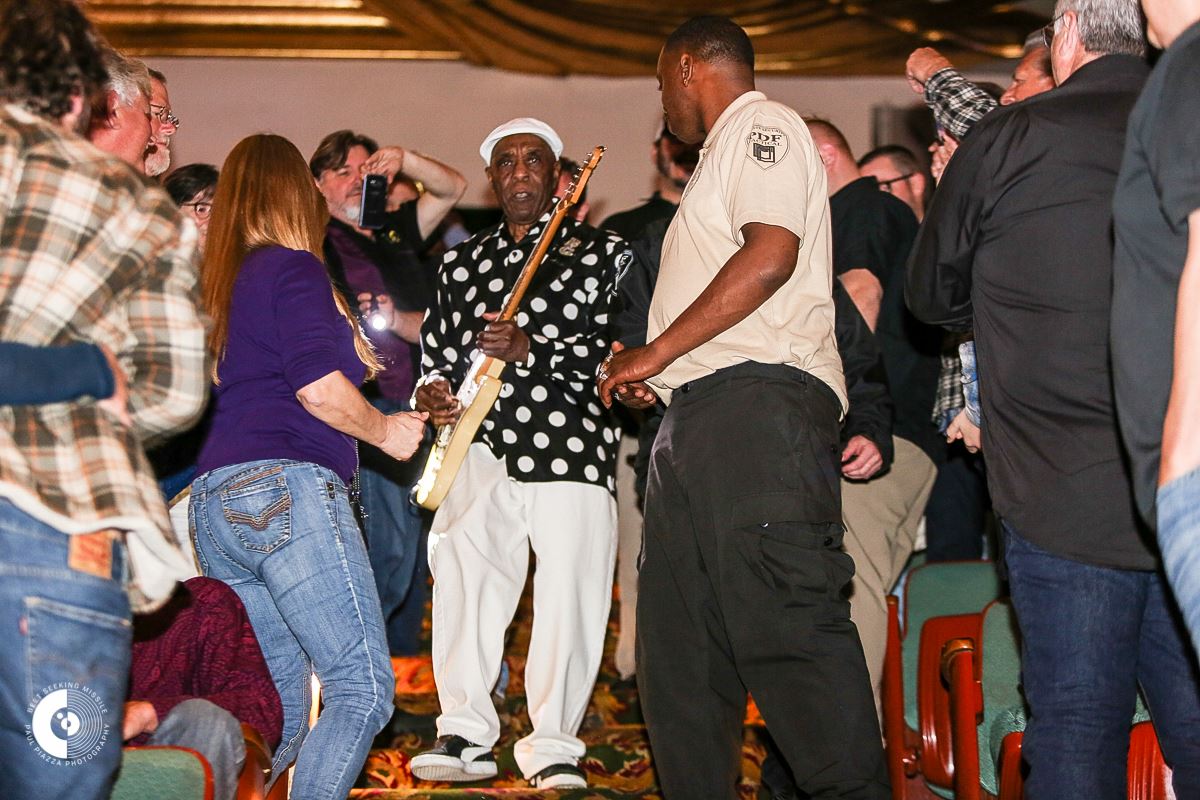 The title of Buddy Guy’s latest album says it all: The Blues Is Alive and Well. The legendary blues artist’s eighteenth solo LP and follow-up to 2015’s Born to Play Guitar showcases his raw and unadulterated sound, its fifteen tracks a true pleasure for aficionados and genre newcomers alike. “I got children and grandchildren who didn’t know who I was, but nowadays we can play outdoor concerts and see kids that are eight, nine, twelve years old coming to me and saying, ‘I didn’t know who you was, but I read what Eric Clapton said about you,'” Guy explains when discussing his mindset around the new record. “I’m always trying to make an album that someone accidentally plays where some kid hears it, picks up a guitar, and helps keep the blues alive.”

And it only takes one listen to The Blues Is Alive and Well to realize that Guy’s mission has been more than accomplished here. The record is arriving on the heels of a spate of high visibility for the 81-year-old performer: at the 2016 Grammys, he picked up a trophy for “Best Blues Album” honoring Born to Play Guitar, and that same year he hit the road for a U.S. tour opening for Jeff Beck. In addition to bringing the house down for a recent sold-out performance commemorating the closing of New York City’s B.B. King’s Blues Club and Grill, he recently appeared on David Letterman’s Netflix talk show My Next Guest Needs No Introduction. A truly restless and energetic performer, The Blues Is Alive and Well is the latest triumph in an already-legendary career.

The Blues Is Alive and Well began to come together when Tom Hambridge, frequent Guy collaborator, and producer, came to the man with a collection of songs he figured would be perfect for a new full-length. “He’s like some of the older guys I used to play with,” Guy enthuses about working with Hambridge. “When you play with a band for ten or twelve years, they almost know what you’re gonna do. He’s the type of guy who feels what I’m gonna do. Even in my early Chess Records days, you had Willie Dixon and several other guys affiliated with those hit records, and this kid just has that feel too. He brought the songs in, and hopefully, we did a good job.”

And how: The Blues Is Alive and Well’s fifteen tracks feature pristine production without losing the signature lived-in grit that Guy’s been known for his entire career, from the low-slung riffage of “Bad Day” to the squealing solos of “Somebody Up There.” Guy sounds every bit as vital and youthful here as he did dating back to his early collaborations with the late Junior Wells, and it’s inspiring to hear a veteran artist laying down the blues with such gusto.

Among the contributors to The Blues Is Alive and Well: young gun James Bay, who joins him on the aching “Blue No More,” as well as Rolling Stones frontman Mick Jagger, who contributes to the stomping barroom rambler “You Did the Crime.” “Mick made a comment to me when he heard the song: ‘Is that my voice? I didn’t know it was still that strong,'” Guy states. “Before the late Junior Wells passed away, we did a whole tour with Mick. They exposed us a lot. I owe a lot of things to those guys, because they put us in places that we hadn’t been, and they haven’t forgotten that. We got a relationship between us. Whenever they come to town, they stop in the loudest blues club in Chicago and call me, and I’ll go to the kitchen and fix us something. We still have a lot of fun.”

And Jagger’s not the only Rolling Stone to hop on The Blues Is Alive and Well: Keith Richards contributes to the warm “Cognac,” as does Jeff Beck. “Those guys have been my friends before they got famous,” Guy reminisces while discussing his rejoining with old friends. “I went to England and those guys looked at me while I was playing a Stratocaster and said, ‘Don’t you know a Stratocaster can’t play the blues?’ I said, ‘What do you mean?’ It was a joke because it was a country/western instrument before that—it wasn’t supposed to play the blues. We all bought Stratocasters after that.”

And even as Guy pushes forward with his astounding career, he’s careful not to forget his late contemporaries who inspired him along the way. “I went to sleep yesterday and woke up and all the great blues players are no longer with us. Muddy, Wolf, B.B.—they’re all gone. Before they passed away, when they were in their prime, we used to have a drink and a laugh and talk about how when one of us is gone, the others have to keep it going. I’m trying to do something to keep this music that I love so well alive.” And with The Blues Is Alive and Well, it’s clear that the music—and Guy himself—ain’t going away anytime soon.