The Winery Dogs @ The Crest Sacramento 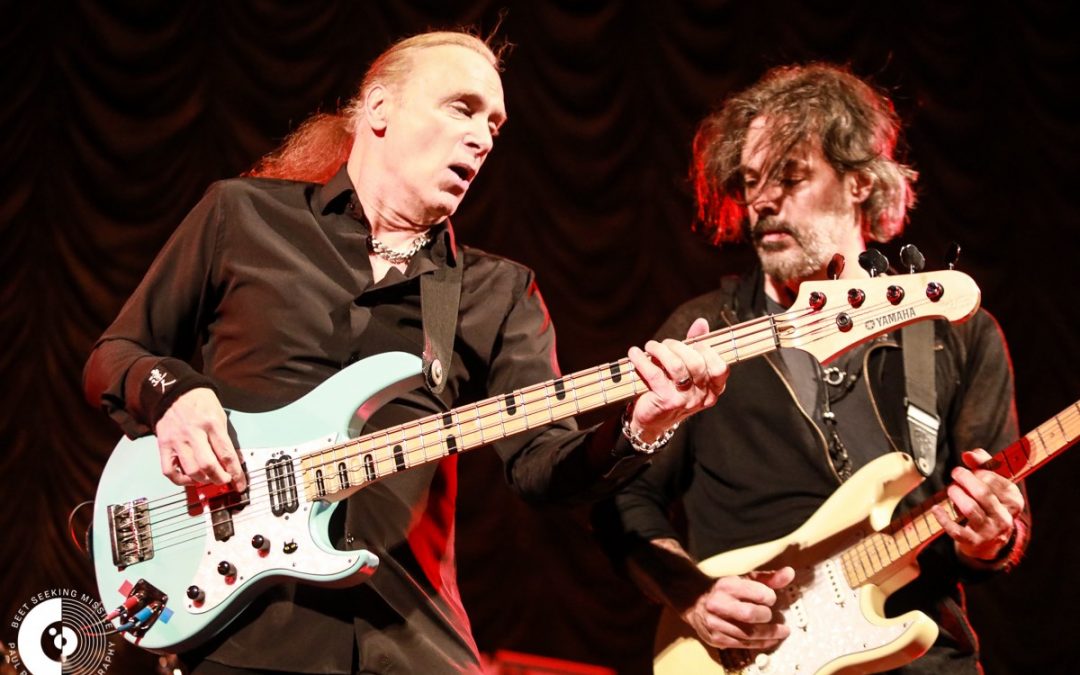 The Winery Dogs brought the thunder at the Crest Theatre last night. 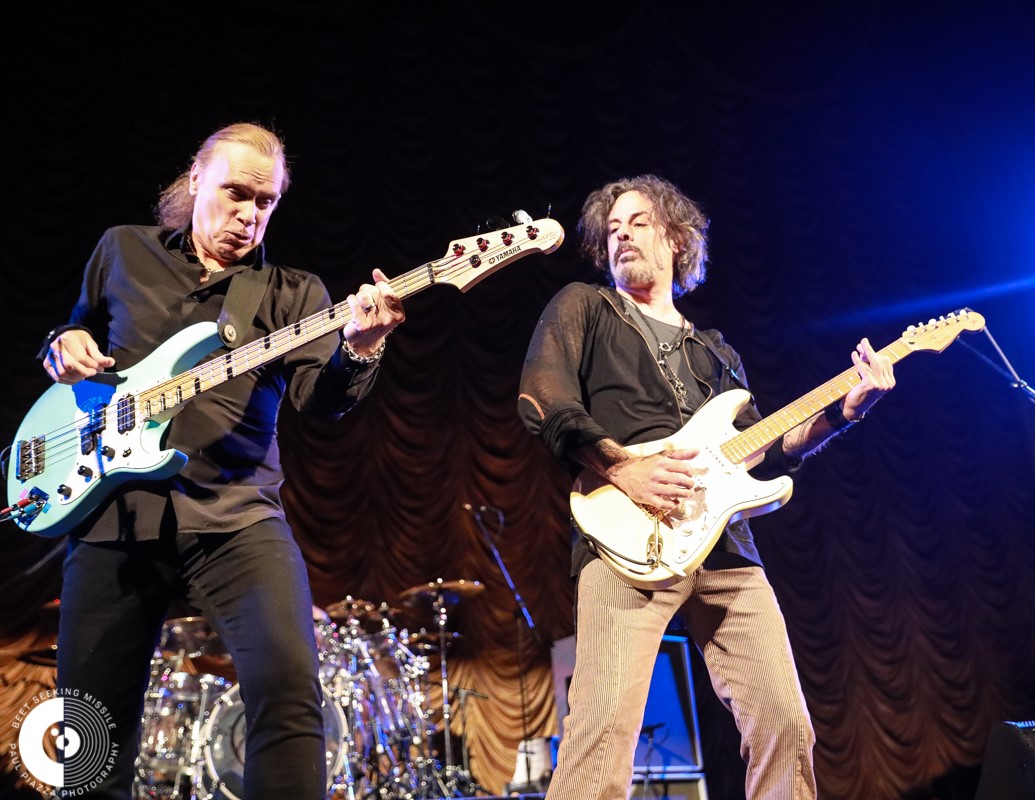 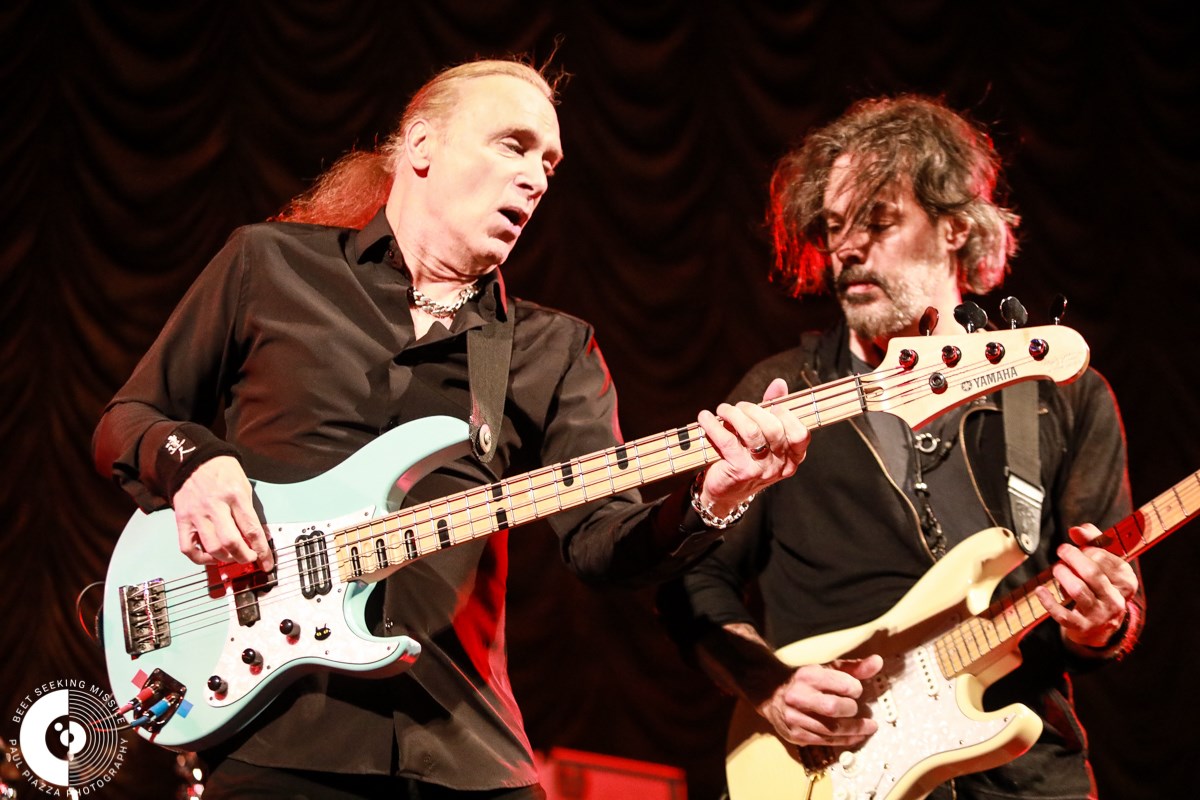 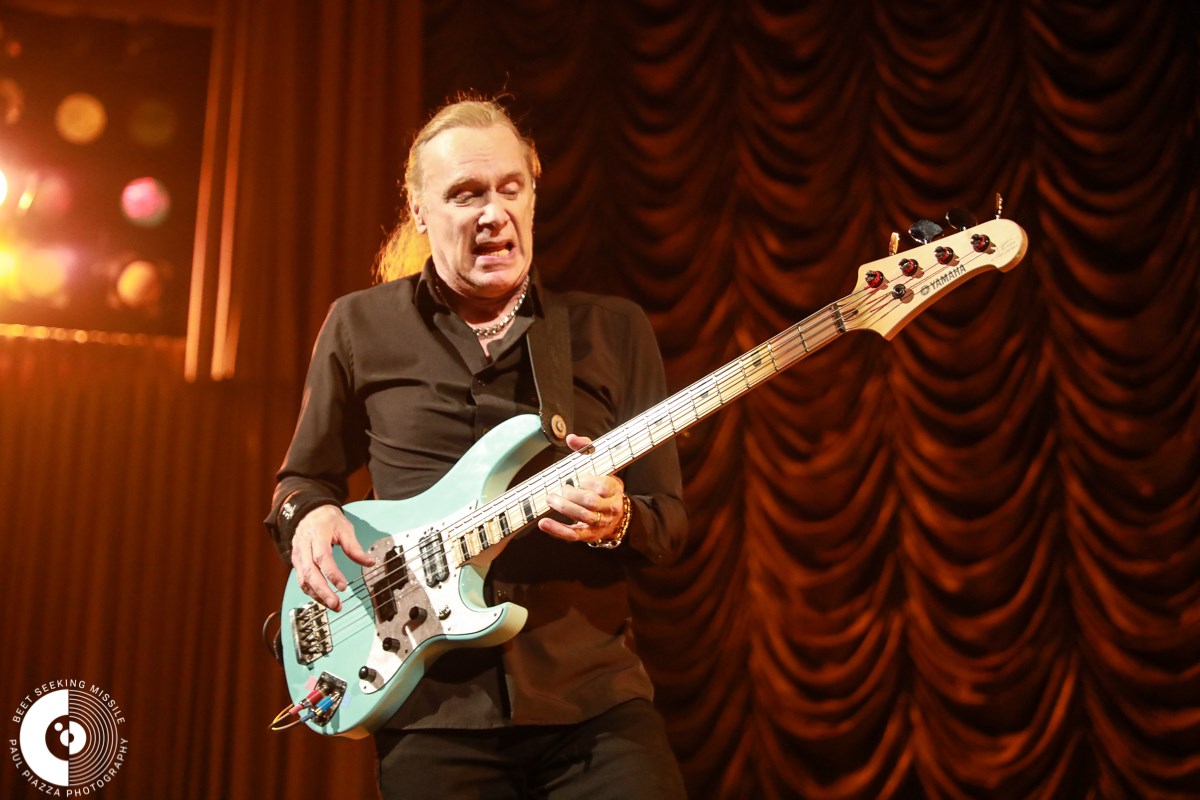 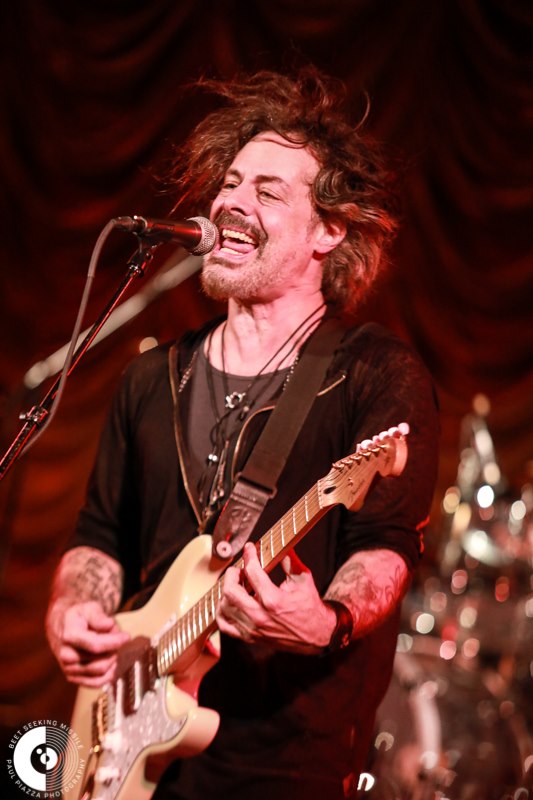 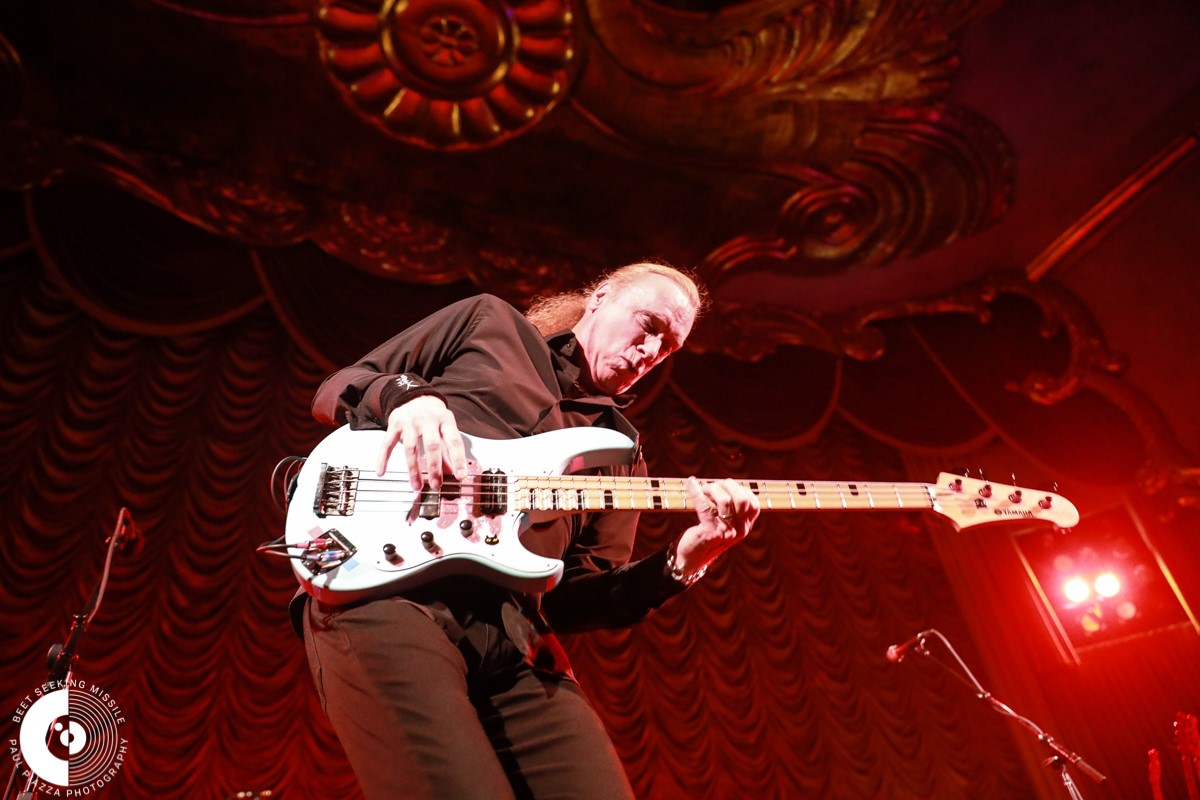 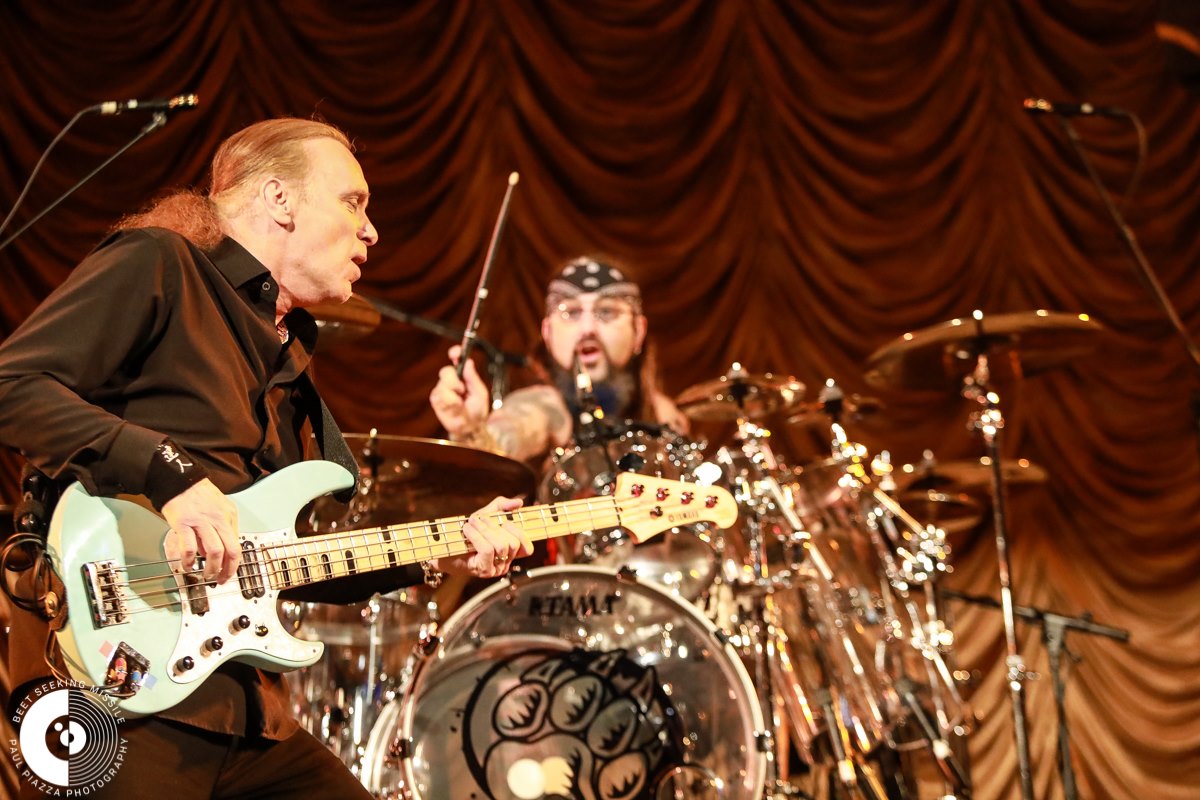 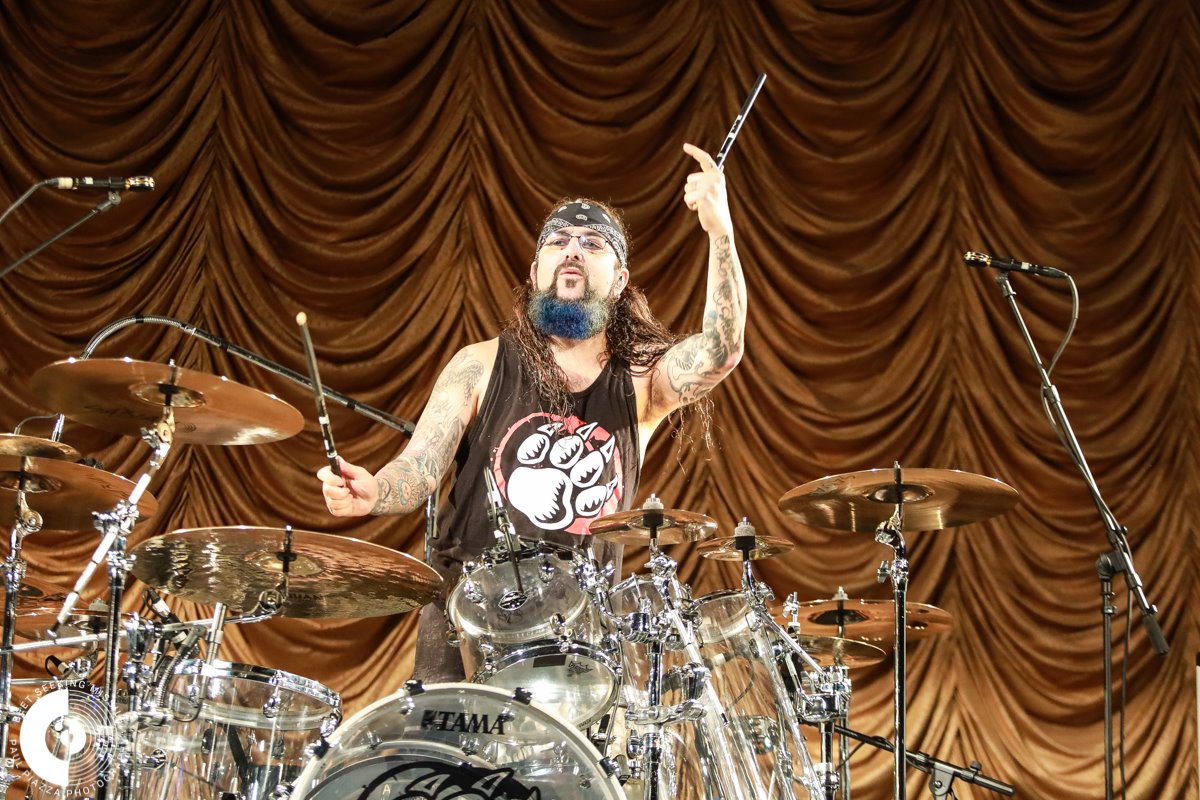 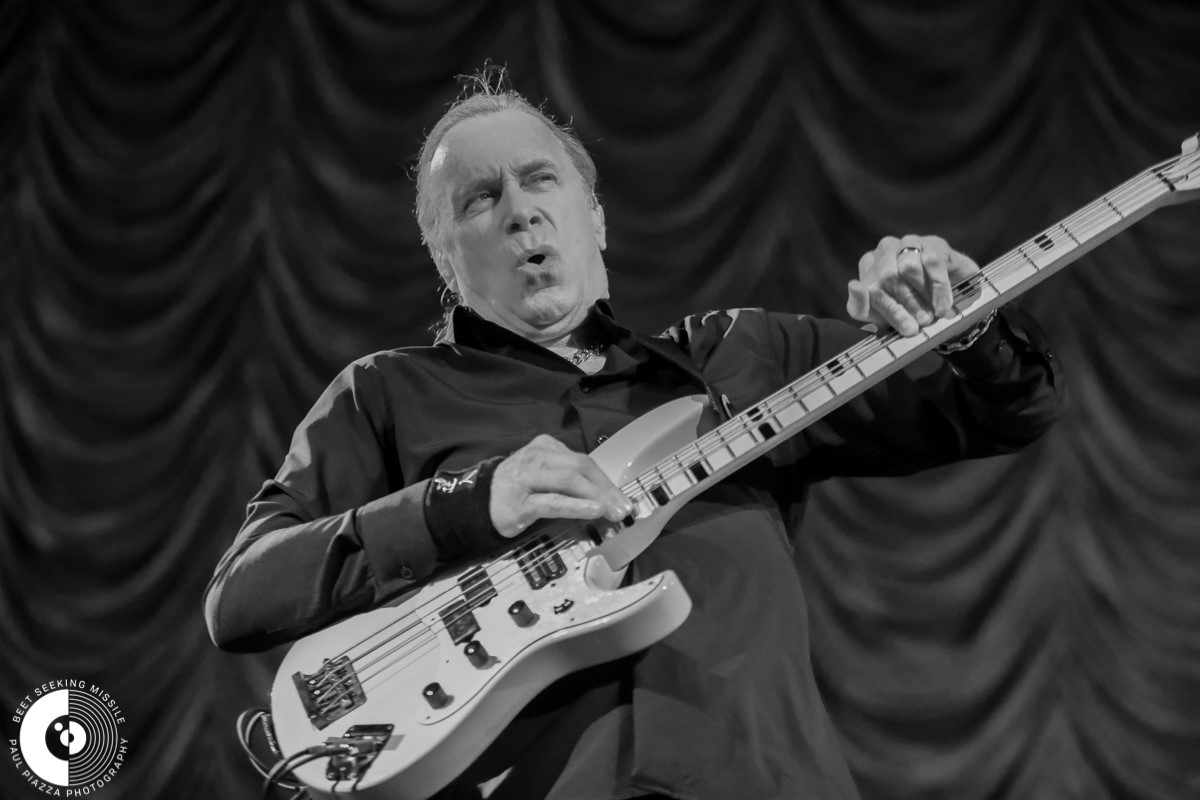 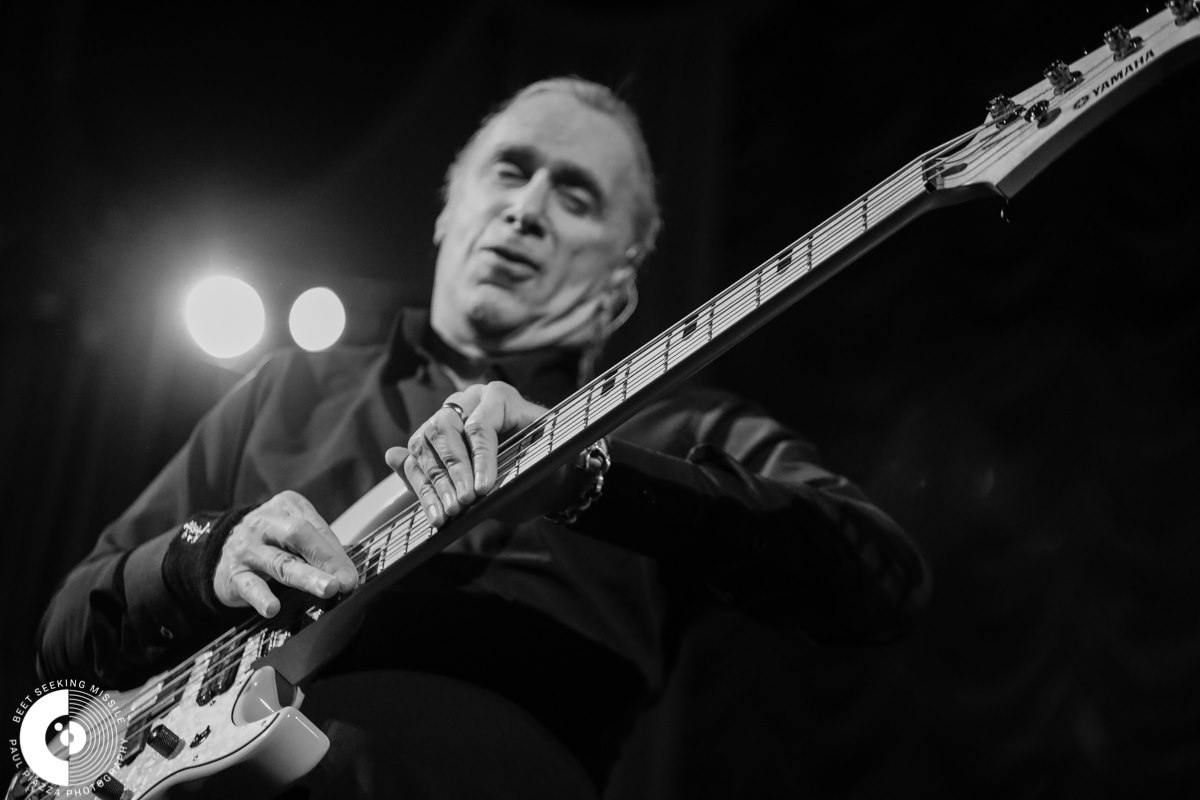 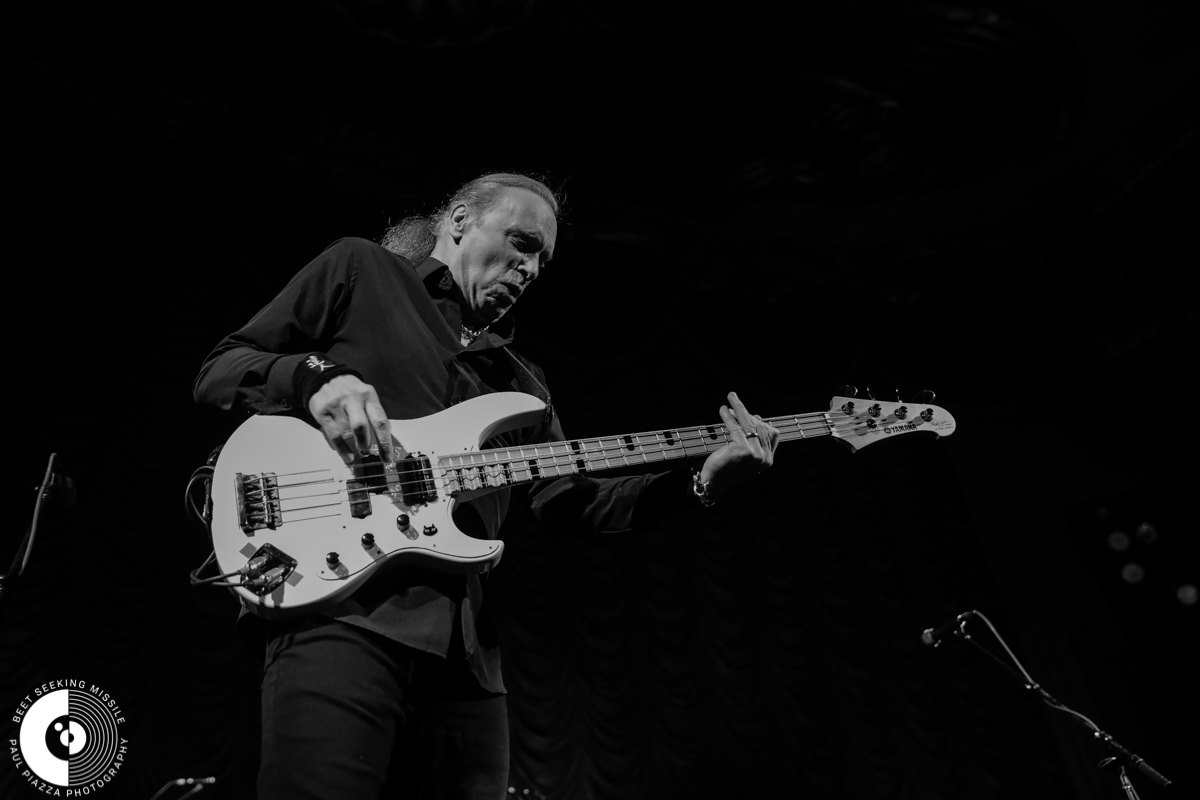 It would be easy to call The Winery Dogs a supergroup: Vocalist and guitarist Richie Kotzen made his mark with Poison and Mr. Big, bassist Billy Sheehan has been rocking for decades with Steve Vai, David Lee Roth, Mr. Big and others, and drummer Mike Portnoy was the co-founder of progressive metal superstars Dream Theater. But The Winery Dogs are so much more than a supergroup.

Supergroups are usually short-lived entities composed of gifted players that jam out for little while and then quickly record with the hopes of catching lightning in a bottle. Moreover, they’re often the sum of their collective parts. That’s certainly not the case with The Winery Dogs, a cohesive, well-rounded classic-sounding trio with blazing songs that defy expectation. The group’s self-titled debut is filled with straightforward rock and roll inspired by some of their favorite bands, and their music transcends any of the styles they’re best known for.

“We all have our own distinct voicings and styles, but we also have a common ground of music we grew up listening to,” explains vocalist and guitarist Richie Kotzen. “What makes the band so special is that somehow, in our collaboration, none of us lost our identity. We all sound like who we are yet we make music that is fresh and exciting and sounds like a new band. There’s a natural chemistry that came together; it’s one of those things that’s meant to be.”

“I like the fact that everybody comes from a different background, though there are similarities to them,” adds Sheehan. “We have is a real special bond that wouldn’t happen if we were all into exactly the same things. We brought disparate elements together and made them into a unified band.”

The proof is in the brew: The Winery Dogs is an eclectic, fully realized album of songs that groove and swing without sacrificing any of the grit that makes great hard rock so inspiring. “Elevate” starts with a bang, as slamming drums and a visceral riff mesh into a rhythm of sheer power. Then the gifted musicians end the stanza in a flurry of precision playing before dropping down to a bass drum thump and sustained guitar feedback over which Kotzen sings, “Lost in the dark, I feel like a shadow of myself.” Then the band kicks back into overdrive and the song repeats its tension and release until it reaches the euphoric chorus, “Elevate me, take me higher I don’t want to be wasted.”

The push-pull dynamic illustrates how The Winery Dogs toy with established styles and turn them into something special, complete with Sheehan’s acrobatic bass fills and Kotzen’s rapidfire solos, which help The Winery Dogs blend in a way that’s both instantly recognizable and utterly individual.

“Desire” is slinkier and more sensual, starting with a lone staccato guitar, but rapidly morphing into a something more infectious than teenage mono, wah-wah guitars pumping along with throbbing bass rhythms and a sturdy backbeat. Before the song is over, The Winery Dogs have engaged in a full-scale workout of funk-inflected and blues-embellished hard rock, capped with the vocal “I don’t think that I can let go.”

“When we were writing, we’d get together and play and everything was really natural and automatic and fell together in a really cool way,” Sheehan says. “Some of the jams we did on the record are pretty spontaneous. We’d launch into them and let nature its course. Honestly, the hardest thing was deciding which songs were our favorites. We’d finish something and be totally happy with it. And then we’d do the next song and go, ‘No, man, that’s our new favorite!’ It was a rare and beautiful thing. Sometimes birth is hard labor, but these songs just popped out.”

Maybe The Winery Dogs sounds so great because, more than anything, the album is a labor of love written from the heart and revealing unexpected shades of melodic eclecticism and lyrical vulnerability. Kotzen’s vocals have never sounded better and his guitar playing is extraordinary. Anchored by Sheehan’s expert bass lines, which root the songs and provide a lock-and-step foundation for Portnoy to play around, the band creates music that see-saws between primal simplicity and time-honored virtuosity.

“It’s very exciting for me to be in a solid rock trio,” Portnoy says. “Stylistically, the bulk of my career has been spent playing progressive music, so this was an opportunity for me to do something that wasn’t prog or metal. It’s more classic rock and, at the end of the day that’s what I grew up with and that’s the biggest influence in my life. I’m just at home playing on a small four piece kit doing a simple John Bonham groove as I am playing complex tempos on a giant kit. And that’s been a great breath of fresh air for me.”

The seeds of The Winery Dogs were planted in 2011 when Sheehan and Portnoy were working on music together with a different guitarist and songwriter. When that didn’t gel, a mutual friend, “That Metal Show” host and consummate music fan, Eddie Trunk, suggested they contact Kotzen and see if he was interested in forming a band. “We all thought that was a brilliant idea,” Portnoy says. “We were looking for that super gifted guitar player, singer and songwriter — and that’s Richie.”

The musicians got together in Kotzen’s rehearsal studio in January 2012 and the first day they jammed, they wrote three songs, including the album tracks “One More Time,” and “Six Feet Deeper.” A month later, they reconvened and wrote five more tunes. From there, it was just a matter of fulfilling other musical obligations before they could get together and start recording the album. “At that point we were all gung-ho into it,” Portnoy says. “That summer we got together and we began recording in August 2012. That’s when the bulk of the recording was done as well as the writing of the remaining six tracks. We reconvened in December to finish the vocals and the last touches of overdubbing and mixed it in January 2013.”

While many of the tracks on The Winery Dogs were written from beginning to end in the studio, others came out of song skeletons Kotzen had already written. “I had some material lurking on a hard drive, and I played that for the guys and they connected with those and helped me develop them into complete songs. Then there was one, ‘You Saved Me,’ that Mike had some lyrical and melodic ideas for and he ended up writing that. So the process was totally collaborative, no matter who made the first step. There were no egos involved.”

The Winery Dogs is fueled by passion and talent, and also abounds with diversity. “Damaged” rings with jazzy guitar chords and yearning vocals, retaining intensity without being ultra-heavy; “I’m No Angel” is a mid-tempo burner propelled by a bluesy riff that’s part Hendrix, part Zeppelin, while “Regret” is a heartfelt ballad replete with layered organ and piano that weave through soulful vocals, emotive guitars and a shuffling beat born of The Stones by way of Philly soul. “Growing up outside Philadelphia, I listened to a lot of soul music and as a singer that really influenced my delivery,” Kotzen says. “I think it fits the kind of music we do. They’re not typical hard rock vocals, but they’re still powerful.”

In September, The Winery Dogs will travel to Europe for a warm-up tour, then they’ll return to the U.S. to embrace crowds with their passion, energy, enthusiasm and undeniable talent. For Portnoy, much of the excitement lies in the uniquely chemical bond the three musicians have created. “This is a band in the true sense of the word,” he emphasizes. “It’s all about collaborating on every level, from the writing to the production, and that’s what makes it more than a ‘project.’ We were in the same room making music together. It wasn’t one of those ‘done by email’ kind of albums.”

From the uptempo blues-punk rhythms and flailing lead guitars of “The Other Side” to the space-warped doom of “Time Machine,” to the boogie blues riffage of “One More Time,” The Winery Dogs conjure the best aspects of sixties and seventies rock with a modern flair. Equally experimental and infectious, their album is a milestone in a hard rock genre saturated with cookie-cutter bands afraid to stray beyond their proven formula.

“We’re so proud of everything on this album,” Sheehan concludes.” We can’t wait to share it with everyone and spend a lot of time on the road. As much as we love these songs, we feel like the next record we make will be just as cool if not better because it will come out of playing together on the road and we’ll learn exactly what.

More about The Winery Dogs at: